I had been attending the Swindon Artswords Writers Café at the Central Library in Swindon for a few months when the idea of publishing a collection of works was first suggested. Katie Sullivan and Matt Holland put out a call for short stories, poems and plays on any subject. These were to be edited by Katie into a book to be sold to raise funds for the various Artswords projects in the Swindon area.

My gut instinct was to write something that was a little bit of fun, suitable for all ages, but that had an underlying message of hope and, as a result, Sunny was born. I read the first draft out at the December meeting of the Artswords Writers Cafe and the comments back were more positive than I had hoped for. Katie and Matt confirmed that it would a suitable submission and, even more excitingly, that I could illustrate the story.

Swindon Writing was launched in early December 2020 amidst the gloom created by the winter weather and covid-19. Over 90 pages of short stories, poems and plays together with writing prompts to nurture your own imagination, all submitted by writers with a strong connection to Swindon. With themes as diverse as slaying dragons to waiting for a bus. From factual reminiscences to tales of the paranormal. From gentle humour to words that tug tears from our eyes, this book is a real roller coaster for the emotions. Prepare to be both challenged and soothed; to finish reading one piece with a handkerchief in hand and the next wearing a gentle smile.

Unfortunately, I don’t have space to showcase all of the contributors but read on for a selection of biographies of the participating writers and extracts from some of the works included. 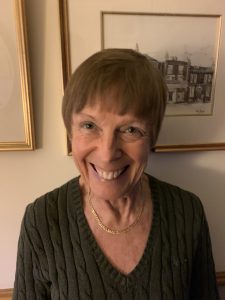 Judith Hawkins has a background in television design, legal advice and project management gives me insight into the many aspects of life that influence my writing. Humour, hope, tragedy, crime, and the ridiculous are passions, along with a feather of faith.

Extract from Bread, by Wendy Lane

Here is a piece of bread. It could be any kind of bread. A piece of sourdough. Or a thin chewing gum slice from a cheap white loaf.

Imagine it’s a generous feathery wedge cut from a cob loaf with a golden crust.

It doesn’t matter because this is our last piece of bread. The bread we have been saving.

The last of us are huddled here. Holding it together in the stone barn. In the middle of a field.

Somewhere, in this field, the rest of us are buried. Up there, on the hill. 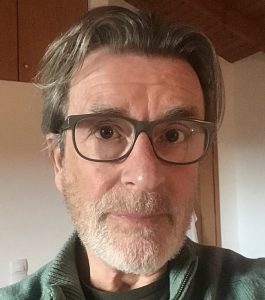 Alex Dunlevy was born in Derbyshire and now divides his time between Swindon and Crete. He has been a member of Swindon’s Eastcott Writers Group and also Jericho Writers in Oxford. His debut novel is The Unforgiving Stone and his collection of short stories is The Late Shift Specialist.

Extract from The beach ball, by Alex Dixon

The rainbow striped beach ball,
Suddenly free from the
Dusty garage, is kicked
Playfully by the breeze.

Round the garden he rolls.
Tumbling over the lawn,
Kissing the daffodils,
Bumping over decking.
Smiles at the April sun.

But he misses the child.

Janice Booth is an Acupuncturist and Lecturer in Chinese Medicine. Isabelle Allende’s words that “…at the end of our days it turns out that we have lived only what we can evoke. What I don’t write I forget: it is as if it never happened.” sum up her own feelings about the value of writing. Her poems often start as diary entries… and have been published and won prizes. Janice is a member of a local writers’ group and likes to share ideas.

Extract from Forest Narrative by Beth McInally
Buckets of rain pummelled the night sky with a high degree of intensity. Winds charged wildly like a dangerous predator chasing their prey. Stars tried to peak through the dark night, yet they were consumed and disappeared within the hellish weather for nothing could compare to the force of nature herself.

The thudding of my boots against the uneven forest floor echoed the pounding beat within my chest. Breath that was escaping my chapped, cool lips was barely audible when gusts of winds were smacking into my face; causing the antagonising stitch in my side to feel like a mere prick upon my finger. Water and mud shot onto my feet through the holes that had developed within these old shoes; squirming in and around the gaps between each frozen toe and weighing down my already weary feet. My heaps of tangled hair flew in and out of my face and, no matter how hard I attempted to pull it out the way, it returned in a menacing taunt of my weakness. I was at the mercy of the night. 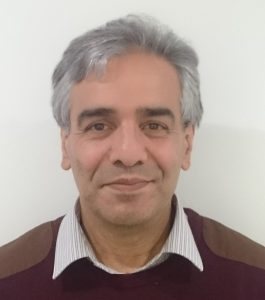 Yashar Toghay is the pen-name of hydraulic, environmental modeller, and researcher Rahman Khatibi. He is keen on translating some of the classic,
modern, and folk Azerbaijani poetry into English and is integrated into the British-Azerbaijani community; has lived more than two thirds of his life in
his adopted home, England, and is happily married with two children.

Extract from Ignorance is Bliss by David Dewart
There sits the pig as content as can be
Waiting for farmer what treats will pig see
Oh joy, he brings potato skins and carrots, oh what tasty scran
That friendly farmer oh what a nice man
Ignorance is bliss for the pig

Swindon Writing is available from my shop: Swindon Writing or the paperback version can be purchased from Artswords – contact artswordsinfo@gmail.com or phone 01793 771080.

No printer, no problem

Call for illustrations for the second edition of Swindon Writing